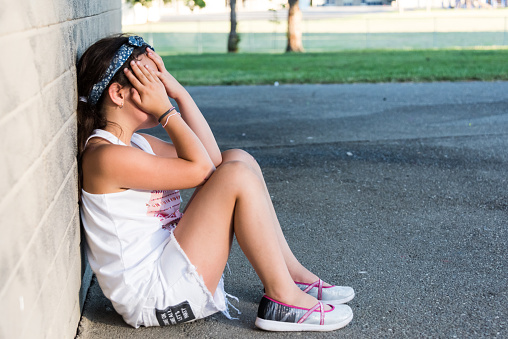 A LIFE AROUND AUTISM: THE INVISIBLE CONDITION

An account of a child’s experiences growing up with Autistic Spectrum Disorder.

Our daughter was born in 2006 into a loving family home. There wasn’t anything immediately wrong with her, not physically at least.

By the age of eight, something clearly wasn’t right with our daughter. Her tantrums by then were legendary. She was quickly labelled as a trouble-maker in class and could not stay calm in noisy situations. (Classrooms and supermarkets being top of the list.)

By the age of ten and after many years with what was previously known as CAMHS (Child & Adolescent Mental Health Services) we were wheel-spinning in a system starved of funding; getting absolutely nowhere. No diagnosis, worsening behaviour in social situations and her mainstream primary school threatening to suspend or exclude her. Stress levels at home were astronomical.

Just before turning eleven she was diagnosed as having Asperger’s Syndrome, a high-functioning aspect of Autistic Spectrum Disorder. Despite knowing this, her teachers would make off the cuff remarks such as “Well if you don’t like the noise in Assembly then just stick some earphones in!”, “You’re using Autism as an excuse to misbehave” and “You shouldn’t be here, we can’t cope with you.”

Eventually and after several suspensions, she was thrown into a Special Educational Needs school for a short time where she learned how to mimic self-harming techniques. The school was claustrophobic and terrifying for her. That’s when she started self-harming. She rarely talks about that place.

By the age of twelve she became so depressed and frustrated for being different to her peers that she attempted suicide. Our beautiful, intelligent and witty girl was now a shell of her former self; confused, scared, convinced she was worthless and unable to see her true ability.

The mental healthcare and mainstream educational system had left its mark. Thankfully, she is now getting the treatment she needs now that the worst outcome almost happened.

Let’s take a breather at this point. For those of you who can’t relate to her condition, our daughter cannot process conversations as quickly as ‘neurotypical’ children. She becomes quickly overloaded with the stimulation of being in noisy environments.

Imagine the scene in the recent Superman movie ‘Man of Steel’ when his X-ray vision and hypersensitive hearing are happening all at once, and his mother tries to help him control his abilities. The over-thinking, taking-everything-literally and need to have time alone to process interactions are all part and parcel of our daughter’s everyday life.

Failure to provide her with a calm and structured environment results in colossal meltdowns and impulsive actions – included but not limited to dashing across busy roads for example.

As parents, we have had to fight tooth and nail for our daughter to be placed in the right school. She is now in a good place, but sadly the experiences of the last four years have taken their toll. Her eventual placement into a supportive secondary school for autistic children came at a heavy price.

Many couples’ marriages (and sanity) do not survive the ordeal of trying to support their autistic child. I can only imagine the strain of a single-parent trying to do so. The impact on the mental health of the entire family unit is severe with both my wife and myself needing a protracted break from work over recent years for obvious reasons.

Had our daughter (and the rest of us) been appropriately supported in recent years then she would most likely not be suffering from depression, chronic anxiety and OCD (Obsessive Compulsive Disorder) at the age of twelve.

As a proud father, it is my life mission to raise awareness of Autistic Spectrum Disorder and campaign for children to have the right to an early diagnosis.

Even after the point of diagnosis, parents then enter the waiting game of drafting up an Educational & Health Care Plan (EHCP) and fighting to get their child into appropriate educational provision.

Sometimes I hear parents bemoaning the fact they have to drive their child(ren) to various social activities or clubs at weekends. But I don’t feel jealous. I feel blessed. To fight for the rights of a child who cannot verbalise their emotions and feelings makes you into a warrior.

Remarks such as “She doesn’t look autistic” just wash over me now. It is why many call Autism the invisible condition. How can they begin to understand?

Our daughter has us fighting her corner. Everyone is different, but also unique in their own way.